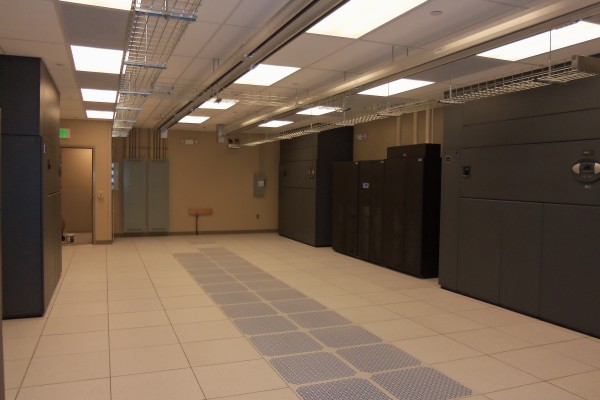 The purpose of the Redundant Data Center project was to create a second data center for Parkview Medical Center, geographically remote from the primary data center located in the main hospital.
The new data center is located in the basement of the existing Pueblo West ED facility – a 35,000 square foot, one-story emergency department, which opened in 2008.

The redundant data center consists of a nominal 1,200 square foot space. The main components of the project consist of:

The room was planned with two rows of IT racks separated by a “cold aisle.” The cold aisle consists of a series of perforated floor panels to supply air up from the raised floor supply plenum. This arrangement optimizes the efficiency of the HVAC system by creating a once-through cooling airflow, from the raised floor plenum, up into the cold aisle, into the IT racks and then up into the ceiling plenum. The cooling system has a nominal 34 tons of cooling capacity when operating using building chilled water and 60 tons when operating using DX cooling.